A webinar organized by the Spanish Golf Courses Association (AEGG) and Arum Group brought together international experts who confirm that there has been a major increase in club memberships and new golfers attracted to the sport due to the safety of playing outside in the open air, the socialization it allows and the proven sustainability of its infrastructures

World-renowned experts in the golf sector debated today in a webinar organized by Arum Group and the Spanish Golf Courses Association (AECG) on the future of this sport, which is currently experiencing a boom in new club memberships and requests to play even though international and national restrictions are still in place which prevent the arrival of travelling golfers from other countries.

The rediscovery of this sport by many players who had abandoned it and by new fans who are attracted by the security it offers with respect to other sports during this  Covid-19 era, has been experienced in practically all courses around the world, whom have been surprised due to the increase in the request for memberships at private clubs and the increase in demand at “pay & play” golf clubs.

Presented by Jesús Abellán, CEO of Arum Group, and moderated by Brendan Breen, director of Abama Golf, a course located in the south of Tenerife, the webinar featured four internationally renowned experts in the world of golf, such as Jeremy Slessor, General Manager of European Golf Design, Elisa Gaudet, founder of Executive Golf International and Women’s Golf Day, Javier Reviriego, CEO/General Manager of the legendary Valderrama course, and Patrick Rahme, CEO of the golf social network All Square.

The meeting, which was attended by almost 200 people of both national and international origin, began by questioning should the sport “rethink” its model post pandemic, because although now the golf sector is enjoying a “boom” of new members and players in clubs and courses, which will even multiply with the end of the restrictions, the great challenge will be to build clients loyalty over time to these new consumers, that is, to make the increase sustainable over time.

According to Jeremy Slessor, the pandemic has generated for people who have been forced to telework “more time at home, the disappearance of the time spent commuting to/from work and, therefore, the availability of more leisure hours and the possibility also for many to work from anywhere in the world”, which is something that favors a sport like golf and that has always been affected by time constraints as the golfers have busy and intense lifestyles. The pandemic has also caused people to crave “more social connection, which is precisely what a golf club offers” and, above all, “getting out, being outdoors safely, is one of the advantages of the sport.

In Slessor‘s opinion, the key will be to understand that new players, especially young golfers, want “more flexibility” in the conditions for joining a club, not having to commit to a whole year of membership, and to play more on the “pay as you play” formula, online reservations and even the softening of dress codes which are old habits of this sport. He sees an opportunity if they know how to channel in the long term the permanence of this new demand that has come as a result of the coronavirus. The key is how.

This debate on the relaxation of club regulations to attract new targets generated different opinions among the speakers. For Javier Reviriego, he agreed that that the sector will have to make some changes to find new audiences, but he emphasized  that changing the model “requires a lot of care and a lot of analysis,” because of the danger of “proposing permanent changes for temporary problems” such as this pandemic. In Valderrama, he explained, in this past year, despite the reduction in the arrival of players from abroad due to the restrictions, “we have had more applications for registration to the club than in the last 10 years”. The pandemic, in his opinion, has caused people to “think a lot about their lifestyle” and the need for more leisure, which has restored “the esteem and desire to play golf”.

A similar sentiment was expressed by Patrick Rahme, who said that golf “is a safe sport, which people can practice with the maximum distance, outdoors and without a mask, which means they can go around the pre-pandemic world in a safe way”.

The speakers agreed that this boom is a huge opportunity to attract new audiences: younger players, women and children.  The American Elisa Gaudet, explained that the success of Women’s Golf Day, which has been held every 6th of June for the last six years in a coordinated effort in more than 900 golf courses in 68 countries around the world, has shown the immense potential that exists if we work to promote the practice of this sport “among the group that makes up more than half of the world’s population”, which is women. For Gaudet, it is essential to “bring diversity to the game”: “Lets make the game look more like the world and maybe the world will look more like the game,” she said, recalling a quote from Seth Waugh head of the American PGA.

In this regard, Patrick Rahme explained that he has seen during this last year at many courses he has visited that “many children and women are starting in this sport who had never practiced it previously”, something that has led to the need to generate non-closed activities for children that, in the end, becomes an activity for the whole family. This factor, the speakers agreed, is also an incentive for the academies, on whose teachers will depend on the ability to ‘hook’ these new audiences and make them loyal to the game for the future.

SUSTAINABILITY AND ‘SIGNATURE’ COURSES AND ACADEMIES

One of the great challenges that the speakers agreed on as the key to the future of golf is knowing how to communicate in a coordinated and effective way that the great stereotypes which have always said that this sport, has a negative environmental impact and elitism “are now a thing of the past”.

Jeremy Slessor explained that for the first time golf courses can now demonstrate with data its commitment to sustainability and respect for the environment. “We can measure whether a course is sustainable with figures and data from the four points of view: economic, environmental, social and cultural.”

Elisa Gaudet, for her part, pointed out that in most of the reforms that have been made to golf courses, the environmental aspect is the most relevant and there are enormous advances and efforts in water saving through reused water, energy saving, or elimination of the use of chemicals, among other points.

For his part, Javier Reviriego, who recalled that Valderrama was the first Spanish course to obtain recognition for its commitment to sustainability, pointed out that the application of measures to respect the environment has presided over all the decisions taken for its maintenance and constant improvement programme. In the opinion of the head of Valderrama, the golf world “has not been able to adequately communicate the commitment to respect the environment that all courses already have”, something that now, he said, is demonstrable with data and certifications.

Another point of the debate was to question to what extent the success of a golf course project is conditioned by the ‘signature’ of a prestigious designer for the course or the holding of professional tournaments on them. The location, the environment and the surrounding competition are key in determining this decision of to whether to invest to make the brand and prestige generated by the signature of a designer worthwhile or not. Names such as the legendary Robert Trent Jones and his son came up in the debate, pointing out that it is obviously a huge value for a course, especially if it has a real estate development or a prestigious hotel around it, but that the success or failure of a new facility will never depend exclusively on that, which is marked first of all by its location and, also very importantly, by being very clear about the market segment it seeks to target.

You can view the webinar again at the following link: 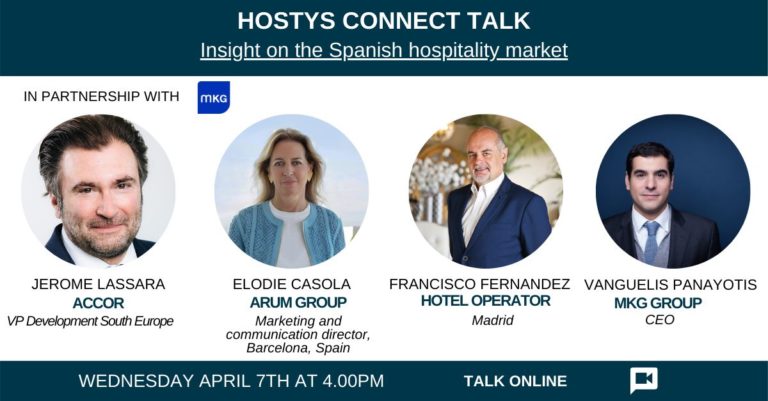 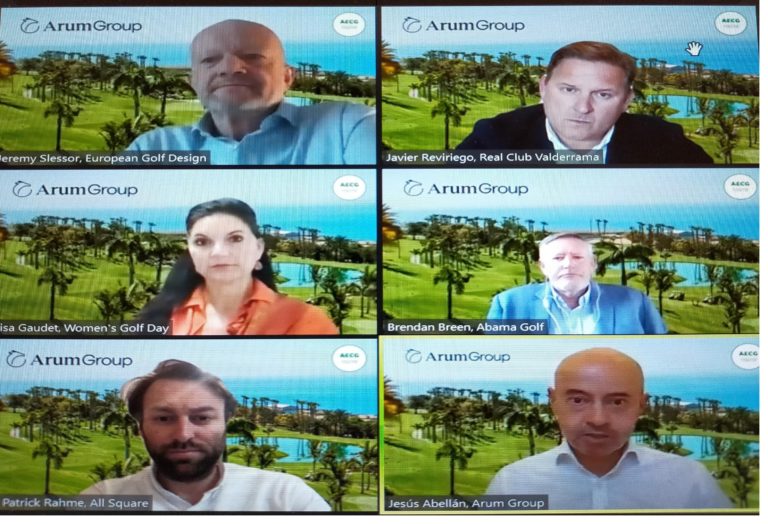